Hengchun Township is located at the southern end of the Hengchun Peninsula and belongs to Pingtung County.

It is located at 125 degrees 9 minutes east longitude and 21 degrees 45 minutes 25 seconds north latitude, facing the Pacific Ocean (Philippine Sea) in the east, the Taiwan Strait (South China Sea) in the west, and buses in the south The Strait (Luzon Strait), with an area of 136.7630 kilometers and a population of 29,908 (before the end of May 2022, is the southernmost township in Taiwan.

Hengchun Township was born on January 16, 1999, as a township-level administrative organization within the jurisdiction of Pingtung County.

The natural environment in Hengchun Township is characterized by falling (downslope) mountain winds, coral reef coasts, hills and plains. The coastal plains are narrow but very long, forming many bays, which are affected by the growth and evolution of coral reefs, and are famous for their coral reef coastal landscapes.

Hengchun Township has a natural landscape surrounded by the sea on three sides, a primitive ecology with dense forests, a long-standing prehistoric site, a well-preserved ancient city of Hengchun, and the well-known Hengchun folk songs, all of which are excellent conditions for sightseeing and leisure.

Hengchun is located in a tropical climate (more on Kenting climate here), with coral reefs on the southern coast and abundant nature.

The climate of Hengchun Township is tropical and maritime, with abundant rain in summer and strong northeast monsoon in autumn.

It is like spring all year round. In addition, the central mountain range extends to the front of the Hengchun Peninsula and has formed hills with a height of 300 to 400 meters, which cannot withstand strong seasonal winds, resulting in the famous downhill wind from September to March of the following year.

Due to the warm winter and scarce rainfall, this characteristic can be used to produce lychees, watermelons, mangoes, onions and other crops.

The downhill wind has become a special agro-ecological feature of the local area, which has also enabled onions and other crops to flourish.

The perimeter of Hengchun City is about 2600 meters).

There are four gates in Hengchun city, except for the south gate, which is called “Mingdu Gate”, the other three gates are only called the East Gate, the North Gate, and the West Gate.

The more lively areas in the county are in the southwest.

Hengchun Township is located in the extreme south of Taiwan, and a big part of its territory is within Kenting National park with a total area of 136.76 km2 (52.80 square miles), and has the following villages as its administrative divisions: 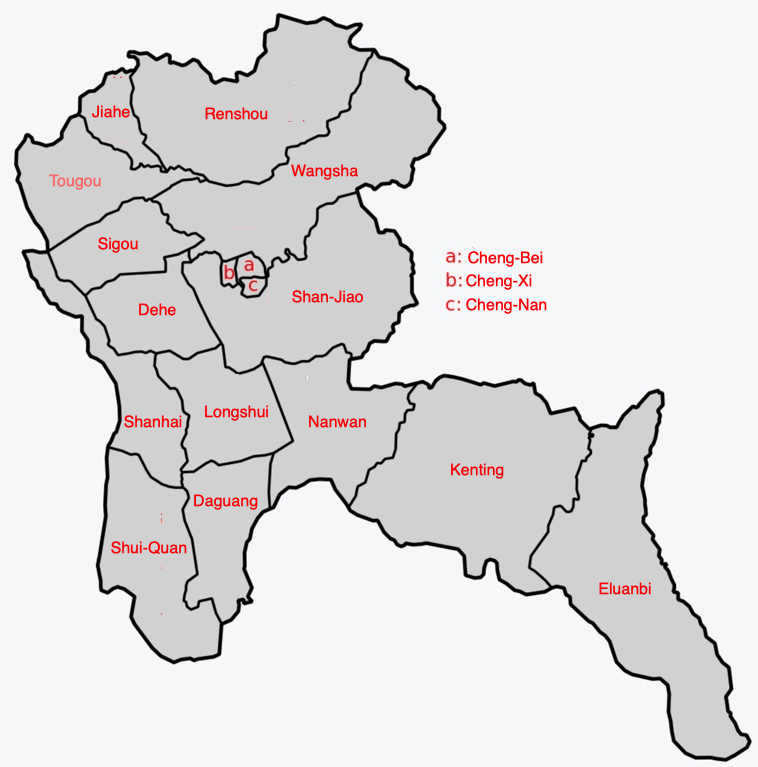 Map of Locations and Borders of Hengchun Administrative Divisions (Villages)

Looking at the historical development of this town, we can find that at least 5,000 years ago, there were humans living in the current area under the jurisdiction of this town with the Paleolithic culture. While there are more than 1,000 Neolithic human activities on the island of Taiwan, there are at least 30 or 40 settlements in this town with the same cultural level.

Since about 1500 years ago, the aborigines of the Amis, Paiwan and Pingpu have been active in the town and have become the protagonists of the town’s historical stage.

However, it was not until the 17th century that the town at the southern end of the small island in the continental frontier ocean was noticed by the Netherlands, the Ming, Zheng and Qing dynasties until it developed to the border of Eurasia and then to the vast ocean.

The Han people entered the town. Since the establishment of Hengchun County in the first year of Guangxu, with this town as the county government, the town has developed by leaps and bounds for 20 years.

During this period, a large number of Han people and Han culture were introduced into the town, and the aborigines were gradually Sinicized. A century of governance during the Japanese occupation and the Republic of China made the town move from Sinicization to modernization.

However, due to the policy of emphasizing the north and ignoring the south, the modernization construction of this town is far behind others. So far, it still seems to be sluggish in business and commerce, population migration, culture and education. It is still unable to get rid of the predicament that has existed for 5,000 years

The ruins of the castle were designated as one of the historical sites and natural monuments on December 5, the tenth year of the Showa era (1935) during the Japanese occupation period. It is a second-class historic site in Fujian and later changed to a national historic site.

After the Luofa incident and the Peony Club incident, Shen Baozhen was ordered to come to Taiwan in June of the thirteenth year of Tongzhi (1874) to deal with the coastal defense and the aftermath.

Went to Lang to investigate, and later Shen Baozhen himself also made an investigation on December 13th, and then gave a performance on December 23rd. In his memorial, it was mentioned that he could choose the “15 li south of Checheng” according to the views of Xia and Liu Zhi.

“Monkey Cave” was the county seat, and Liu Ao, who was “a good acquaintance with Kanyu Jiayan”, planned to handle the construction of the city. He also proposed the county name “Hengchun”.

Later, Hengchun County started construction on October 18 (November 15, 1875) in the next year, the first year of Guangxu. It was completed on July 15, Guangxu five years (September 1, 1879).

In the 68th year of the Republic of China (1979), the relics of Hengchun County were listed as a tentative first-class historic site, and the Pingtung County Government also rebuilt the South Gate Tower under the subsidy of the Tourism Bureau of the Ministry of Communications of the Executive Yuan in the same year. In 1983), the East Gate Tower was rebuilt, but due to defects in the renovation process, it was downgraded to a second-class historic site when it was announced in the seventy-fourth year of the Republic of China (1985).

Among the two rebuilt towers, the east gate tower was destroyed again in 1998 due to termites.

Although the town has been in a predicament for a long time due to natural, geographical, historical, and human factors, it is because of this that it has not been seriously polluted and destroyed by modern civilization.

Therefore, the town has a natural landscape surrounded by the sea on three sides, a primitive ecology with dense forests, a long-standing prehistoric site, a well-preserved ancient city of Hengchun, and the well-known Hengchun folk songs, all of which are excellent conditions for sightseeing and leisure.

If it is properly planned and comprehensive, the city’s appearance and greening will be strengthened, the quality of sightseeing services will be improved, and even the third nuclear plant and the military training base will be appropriately opened as sightseeing bases, which should enable the town’s sightseeing from point to the line.

If it can cooperate with other towns and towns on the Hengchun Peninsula for comprehensive planning, the tourism industry of this town will have a brighter future. In other words, tourism should be one of the feasible ways to turn this town into a fairyland. In order to have a better future for this town in the 21st century and the next historical stage, it is necessary for the townspeople to brainstorm and make overall plans to create history. and resort to action.

In addition, there is a Hengchun Town Library in the town, which is a three-story building to create a high-quality growth environment for children.

The basement of the library is a children’s library and a children’s reading room. The first floor is a service desk, a periodical room, a newspaper reading room, a computer retrieval area, and a wireless Internet experience area. The second floor is a library, and the third floor is a multi-functional meeting room, office and library. The outer garden plaza serves as an outdoor reading area.

In addition to providing the public with the use of library collections and information, it also organizes various arts and cultural activities and reading clubs on weekdays, and is committed to enhancing the cultural and social aspects of the town.

In addition, it actively integrates community resources to set up a volunteer team to assist in the implementation of library operations, making it a local and diverse lifelong learning center. 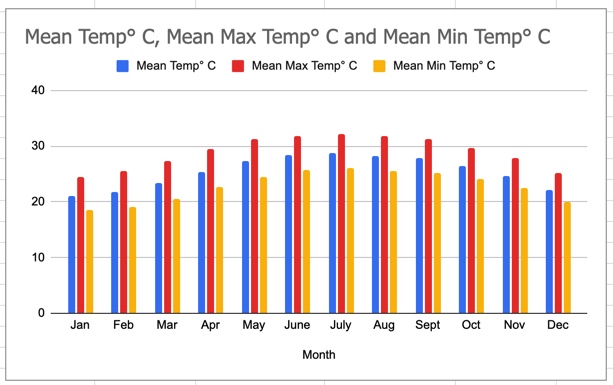 More about the climate in the area in this article. 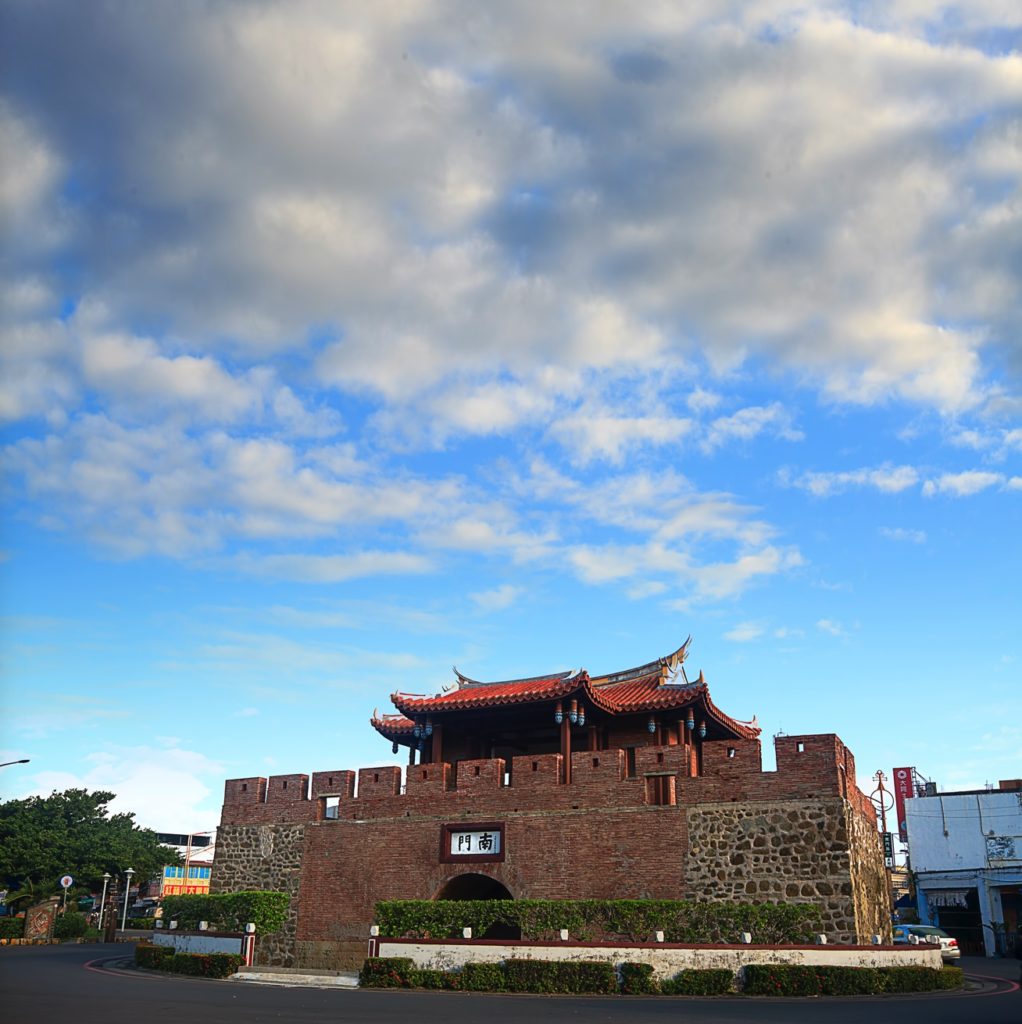 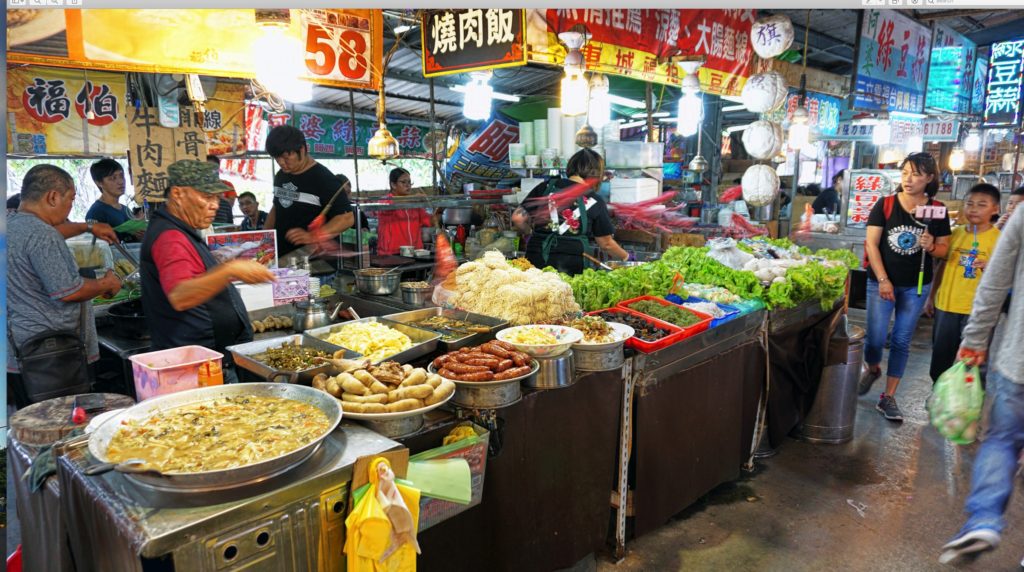 Chieftan of Paiwan in Hengchun 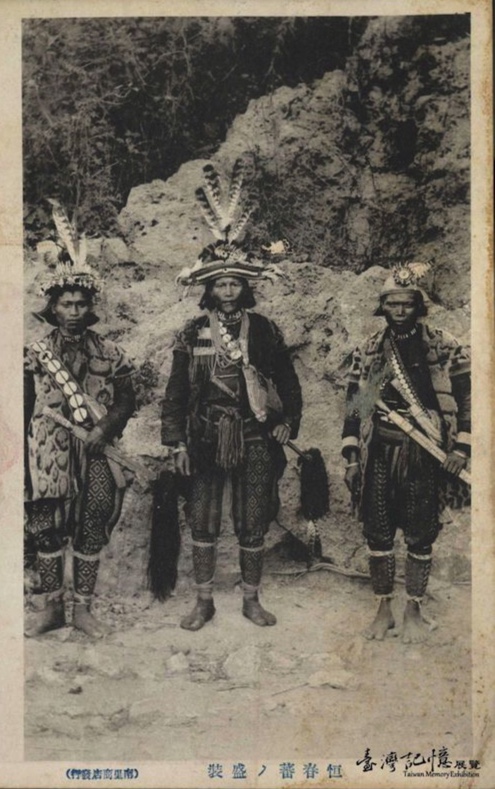 Eluanbi Lighthouse is one of the landmarks of Hengchun Township

You can read more about Eluanbi Lighthouse here.

Kenting Beaches are the poster child of Hengchun Township 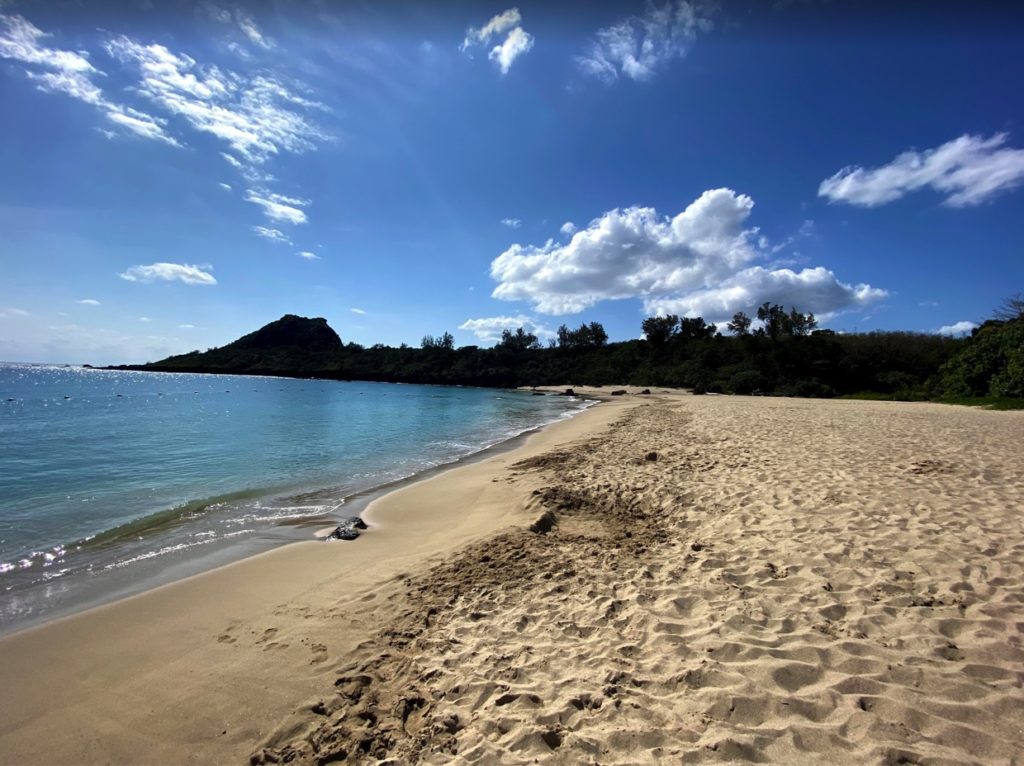 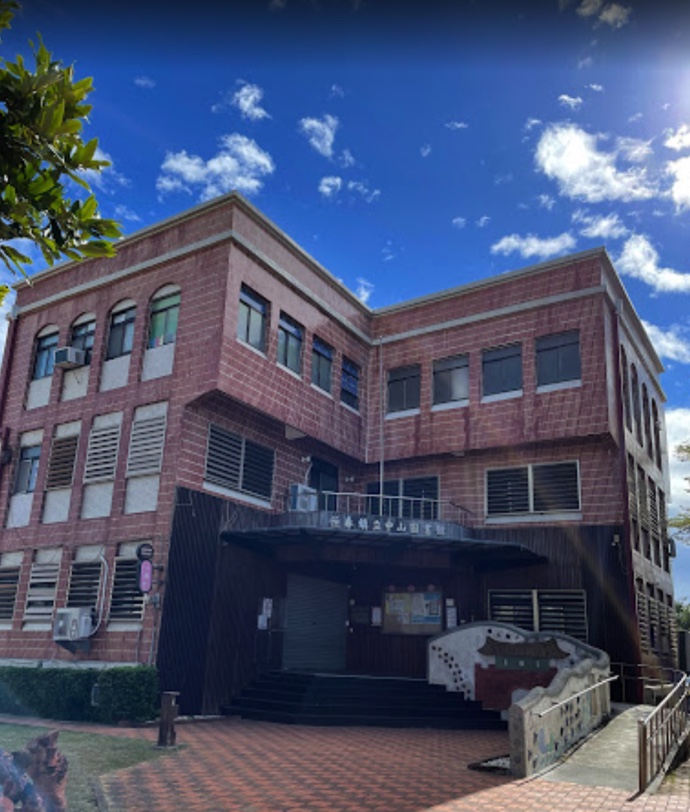